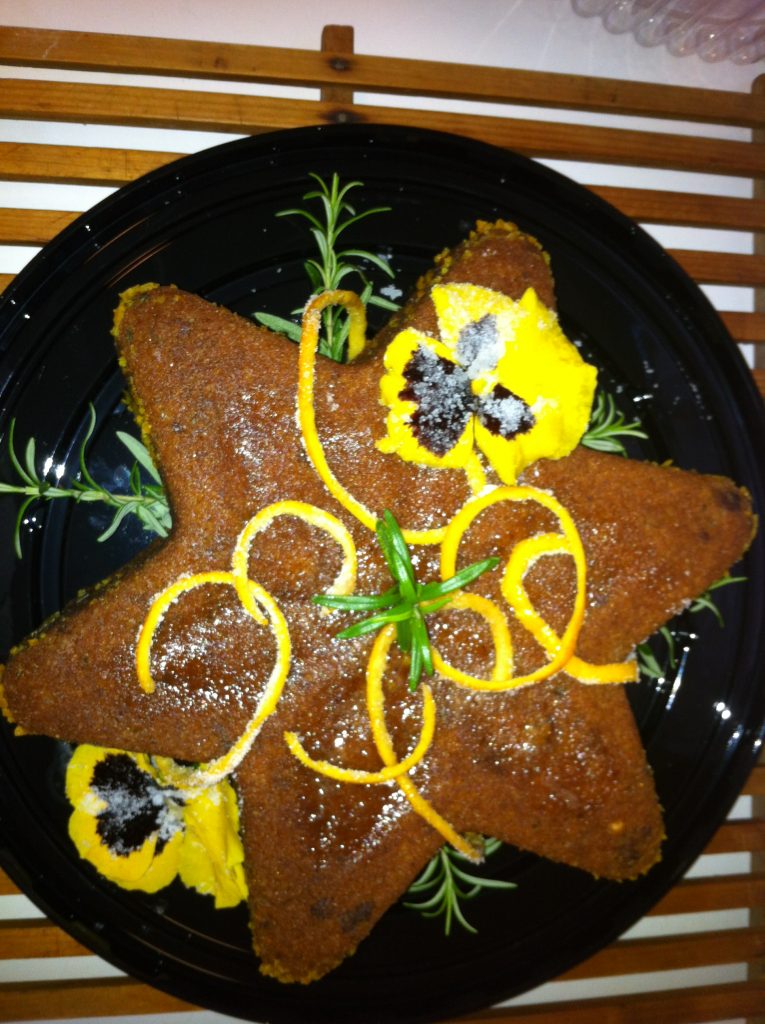 Combine cake mix, pudding mix, rosemary, and orange zest in a food processor or blender. Process until well mixed. Add water, oil, and rum; mix well. Add eggs one at a time; mix well after each addition. Blend in pecans. Pour into Bundt pan sprayed with nonstick baking spray. Bake at 325 degrees for one hour or until wooden toothpick comes out clean. Pour Glorious Glaze over cake in pan. Allow glaze to soak in completely before removing cake from pan. Invert cake so that glazed top is facing up. Garnish with long rosemary sprigs.

Bring butter, sugar, water and rum to a boil in a saucepan. Boil until the mixture reaches soft-ball stage or 235 degrees on a candy thermometer. Yields enough glaze for one cake.

From Along The Garden Path by Bill Varney URBANherbal www.URBANherbal.com